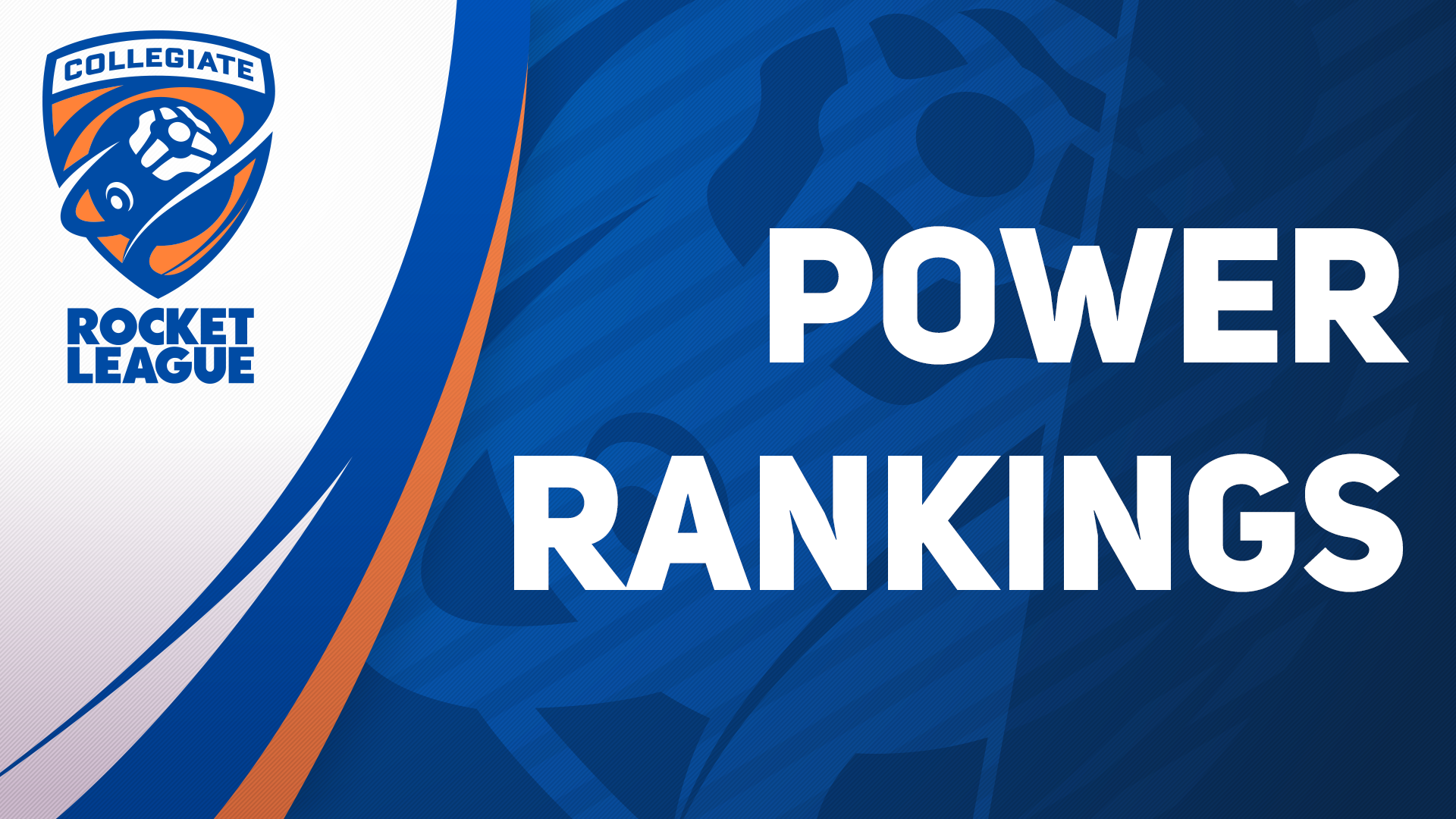 The CCA Ranking Committee and Editors will be providing weekly updated Power Rankings for the twenty CRL Spring teams with info, results, and outlooks for teams throughout the rest of the season. The rankings combine both East and West Conference teams and are based on our opinions. Rankings are completed by bennyS, Vitali, Phat, Jamaican, Tbates, Noxes and Jbob. Rankings are formatted by: Rank (change) School Name (Overall Record) (Week Record)

The Timberwolves remained undefeated through week two as they approach the halfway point in the spring season with a spotless 8-0 record. While they only played one match over the past week, it was a solid victory, taking down UCF who currently sit at 4th in the East standings. Northwood continues to hold the best game differential across all of CRL (+18) while only dropping six individual games to this point.

LSU slots in as the near-unanimous two seed as only one ranker disagreed with the 6-0 Tigers placing just behind Northwood. They certainly didn’t do much to hurt their stock with a solid 2-0 record throughout the week, although a close call with WSU going to game five could have been disastrous. Regardless, LSU holds on to their perfect record and the number two rank.

UNT matched LSU’s 2-0 week, but will still find themselves ranked third due to their lone loss to the Tigers in week one. Otherwise, UNT is looking great with wins over every other team in the West other than Oregon who they have yet to play. Interestingly, no UNT player is in the top ten in points/game despite their dominant 7-1 record. UNT instead relies on all three members to put in an equal effort each series, with dbanq, Luchiuhh, and 2Fast all averaging between 370-390 points/game.

After improving their record 6-0 with a win over UNCC, the Zips finally dropped their first series losing a tight 3-2 matchup with OSU. While Akron would certainly like to have that one back, they still look like one of the best teams in the East. In fact, Noxes ranks them all the way at number two; he puts more faith in their history of success, and their trend to play tristn in important series. Although their 6-1 record is strong, their real test will come Thursday on stream against Northwood.

With their only loss being to number one ranked Northwood, the Knights will keep themselves at number five with a 2-1 record in week three. While they’ll sit in fourth in the East by record, for now, they actually have a -1 game differential which is concerning to see if you’re a UCF fan. We’ll need to see some strong victories over lower East teams to secure their spot in the standings, or else teams like Florida Poly, OSU, or UNCC might have an opportunity to steal their rank.

UTD continues to play at a mid-tier level, with a 3-4 series record, and a 14-14 game record. This already includes two losses to number three seed UNT, so theoretically the rest of their season should look a bit brighter. They’re also yet to play either match against the nineteenth seed WSU which should give Dallas a chance for a few more wins.

Not much to talk about for the Wildcats, as they were out of action during week two. Despite no additional games to their name, they’ll carry a solid 3-2 record into week three, as well as the lofty expectations from our rankers. With a majority of their games left to play heading into the last few weeks, we’ll see if they remain strong despite their compressed schedule.

Only two games on the week for Flo Poly, but it was a good for them, as they were able to take down the flaming hot OSU Beanz, as well as USF. Their 4-4 record doesn’t look great right now, but they’re still yet to play either match against the two bottom-seeded East teams (Virginia, 17, and Durham, 18). If Bobsto can keep leading all of CRL in points/game, and they can take most of their remaining games, this team has a strong chance to make playoffs.

1-1 on the week for the Titans will keep them in the number nine spot, although there’s certainly some worry for them after nearly dropping a close 3-2 series against WSU. A 3-1 loss to UTD is a little more reasonable for CSUF, but they’ll need to close out series better against the bottom half of the West if they want to remain in the top ten.

The Beanz started their season 0-2 with the number eighteen seed, but had one of the biggest turnarounds we’ve seen, going 6-1 in week 2 alone to turn their ship around. They’ll now sit comfortably in third place in the East with a 6-3 record. They earned doubleheader wins against both Stockton and Durham, and added a win over Akron as well to round out their week. Their sole defeat came from the fifth seed UCF Knights. It took a monster week from OSU just to make a dent in the top ten, and we’ll need to see them continue to play well if they want to hold onto it.

Arlington are just barely on the outside looking in at the top ten after a strong 3-1 week. If Adverse can keep averaging over 1 goal/game, this team will continue to find success.

Can’t blame UNCC too much for losses against both Northwood and Akron this week. They move down more because of the strong play from OSU and UTA, than from their own play.

Oregon finally got their CRL season underway, splitting a doubleheader with UTA. They didn’t look great but they still have a lot of games left to show their skill. We’ll see if they can avoid burnout in the second half.

Only two series for them in week two and it was a swift loss to number two LSU, followed by a tight 3-2 loss to MS&T. All the teams moving up and down around them leads to TTU staying put at fourteen.

A win over Durham and a loss to FPU doesn’t move them too far in the East standings, but without much more to show they’ll slip four spots in the rankings.

One of the most hyped teams in the East has struggled out of the gates, including a rough 1-4 week two. There is still lots of time left but they have also yet to play Akron or Durham to this point.

Beat the team ahead of them, lost to the team behind them. That’s power rankings! Virginia has been up and down through the first few weeks but looks solid in their first CRL season.

They’ve played more games than any CRL team to this point, and it hasn’t done them any favours. A promising 3-0 sweep of Virginia wiped away by a doubleheader loss to OSU, as well as USF and UCF.

If they turned their 3-2 losses to LSU and CSUF into 3-2 wins they might be a top ten team. Ocean leads the West with seven MVPs, despite the team only winning 12 games.

MS&T have looked good at points, but a 1-2 week won’t move them up from the bottom. Their 2-6 record also doesn’t include either of the two series they still have to play against LSU.